To reduce the issue of variable refresh rates and adaptive sync, there are generally two types of advanced technology available in the market.

One is Nvidia G-Sync and the second one is AMD freesync technology.

Both the technology offers their benefits and features that help to reduce the issues of frame drops and screen tearing.

While building the PC, we need to choose those parts which are highly compatible with each other.

I have written a separate article on AMD freesync technology, And in this article, we are going to focus only on the G-Sync technology.

What Is G-Sync Technology?

G-Sync is the advanced version of V-Sync technology.

V-Sync was the first technology that was introduced in the monitor’s marketplace to encounter the issue of screen tearing by synchronizing the framerates of the monitor with the GPU’s output.

By doing this, you will see a great advancement in playing games and solve various issues such as frame drops and screen tearing while playing the higher refresh rates games.

There are three variants of GSync available. They are  –

G-Sync Ultimate is an advanced version of G-Sync that is available in the marketplace. It supports the HDR content and displays them at ultra low latency mode and can run the games at the highest refresh rates at maximum resolutions.

Meanwhile, I have written one complete article on the best 1440p 144hz monitors. You can check them. These monitors are the best choice for gamers and come with minimum input lag. 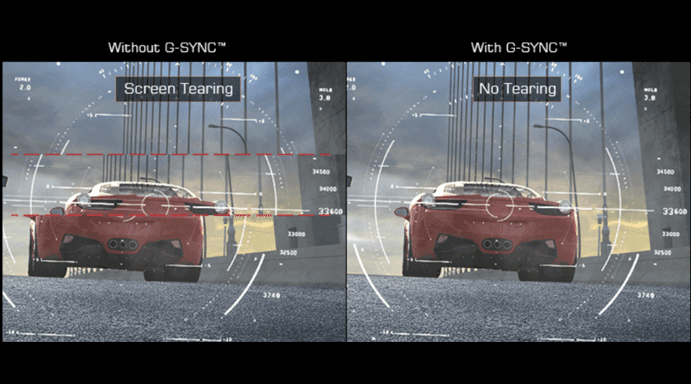 Here is the basic setup you need to require to use the Nvidia G-Sync or G-Sync Ultimate.

Pros And Cons Of G-Sync Technology

Pros: Like FreeSync, G-Sync technology caps the variable frame rates that are coming from the GPU and matches the refresh rate of the monitor.

This will eliminate the screen tearing and input lag of the computer at the peak performance of the monitor.

Suppose, your monitor has a 60hz refresh rate and your GPU rendering 100 frames per second then it will create trouble and you will get screen ghosting issues. 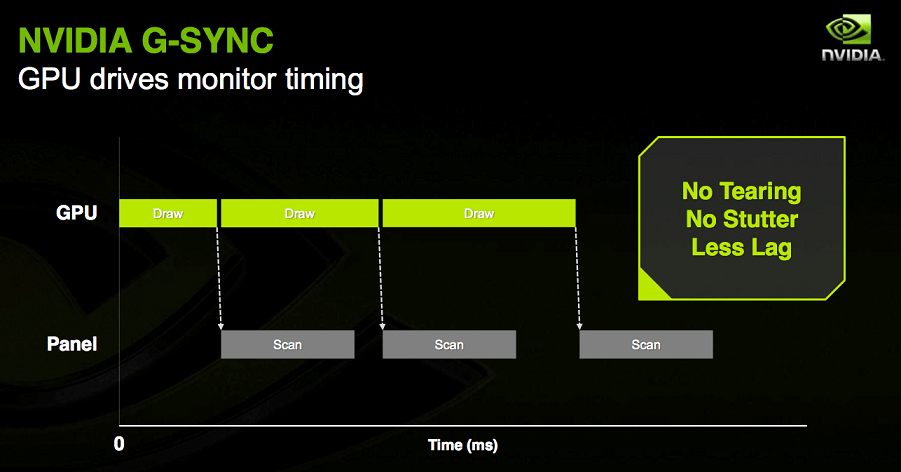 Cons: G-Sync technology only works with NVIDIA devices and it does not support AMD graphic cards.

Apart from this, G-Sync technology is luxury and it is always considered as expensive technology as compared to AMD FreeSync.

But now, NVIDIA released their G-Sync technology driver that enables the GPU to work with certain more monitors and FreeSync supported monitors as well.

There are some differences between the connection type of G-Sync and Freesync.

FreeSync supports HDMI and DisplayPort connections and it also supports USB type C connections. You can check out the list of monitors that comes with a USB type C port here.

Whereas G-Sync technology only supports DisplayPort.

GSync improves your gaming experience and will help you to fix various screen-related issues.

Depending on your budget, you can choose which technology you should prefer, which is FreeSync or GSync. Both are the leading technology right now and have tough competition between them.

This technology is best for those who hate the screen tearing issue or for those who want to run their high-end games very smoothly and hardcore fans of higher refresh rates.