The Benefits of Using Two Monitors for Online Poker 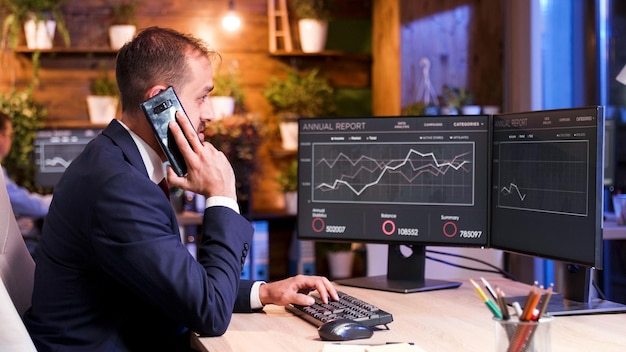 With computers, everyone is always trying to do things more efficiently by buying a faster processor or upgrading RAM.

Before opening your wallet, try adding another computer screen and use a dual monitor setup to increase your productivity.

If you are already produced on a single screen, imagine how much more you could accomplish if you doubled your screen space.

You’ll be able to run multiple programs at the same time, and you won’t have to switch between full-screen windows anymore because everything will be laid out on your two monitors.

A dual monitor setup can give anyone numerous advantages while working, editing videos, or playing games.

When it comes to playing poker, people often use two monitors for an extra edge during the game, which is becoming more popular.

In recent years, poker players are getting more serious with the best and strategies, thus generating revenues more than ever.

While the online gambling industry seems to still be in its infant stage with lots of potential for growth, it has already generated millions of monthly tax revenues for a few states.

But not everyone in the U.S. can play poker for real money because not all states allow you to play online; poker legalization is ongoing, with five states currently offering money games.

As of 2022, the states that have legalized internet poker are Nevada, New Jersey, Delaware, Michigan, and Pennsylvania.

Connecticut and West Virginia have also technically legalized it, however, they have not issued any licenses to permit the operation of online poker.

For this reason, many have turned to free apps to play poker on, like Zynga Poker which is available on Google Play and Windows.

Once people start playing poker for free, most find it an enjoyable way to spend their leisure time, especially since it is risk-free without any real money at stake.

Some even use dual monitors when playing poker, but is it really necessary?

What benefits do multiple screens offer in online poker?

There are numerous benefits that come with using a two monitor set up for online pokers, like improved productivity.

According to a Jon Peddie Research survey, using dual monitors can increase productivity by 42% as compared to only using a single monitor.

When there are two monitors, it allows the user to perform multiple tasks at the same time while viewing them both in full screen.

This is visually better as opposed to having a split-screen on one monitor.

Having two monitors means that they can finish more tasks in a shorter amount of time.

Applying this concept to poker, dual monitors can have many uses and it can give the player an unlimited advantage.

Some players use poker guides while playing, and if the guide is open on the computer screen, it can be really difficult trying to switch back and forth on full-screen windows using a single monitor.

With multiple screens, poker will no longer be limited to one game at a time.

For the players that want to play multiple tables at the same time and put their poker skills to the test, multiple monitors make this possible.

This would make an extremely fast-paced online poker environment, which could only be accomplished using multiple monitors.

Investing in the extra equipment, like another monitor, can add tremendous value to your game, without breaking the bank.

As we have seen, dual monitors have proven to be very beneficial when playing poker online.

Try it out and see how it upgrades your game and poker strategy.

10+ Best Monitors For Eye Strain - Complete Guide (Updated)
What is GPU Scaling & How To Enable It? (Detailed Guide)
What Is G-Sync Technology (NVIDIA G-Sync Explained)
Is HDR Monitors Worth It For Gaming? (Explained!)
Blue Tint On Monitor: How To Fix It? (Completely)
10+ Best Monitors With Small Bezel (Frameless Monitors 2022)
LCD vs LED vs IPS - Which One To Choose & Why?
Monitor vs TV for Gaming: Which Is Best (Incl. Helpful Tips)